Warning: "continue" targeting switch is equivalent to "break". Did you mean to use "continue 2"? in /home/sherid14/public_html/mellettecountynews.com/templates/gk_news/lib/menu/GKBase.class.php on line 114

Warning: "continue" targeting switch is equivalent to "break". Did you mean to use "continue 2"? in /home/sherid14/public_html/mellettecountynews.com/templates/gk_news/lib/menu/GKHandheld.php on line 76
 Physical science students create bridges

Warning: count(): Parameter must be an array or an object that implements Countable in /home/sherid14/public_html/mellettecountynews.com/templates/gk_news/html/com_content/article/default.php on line 13 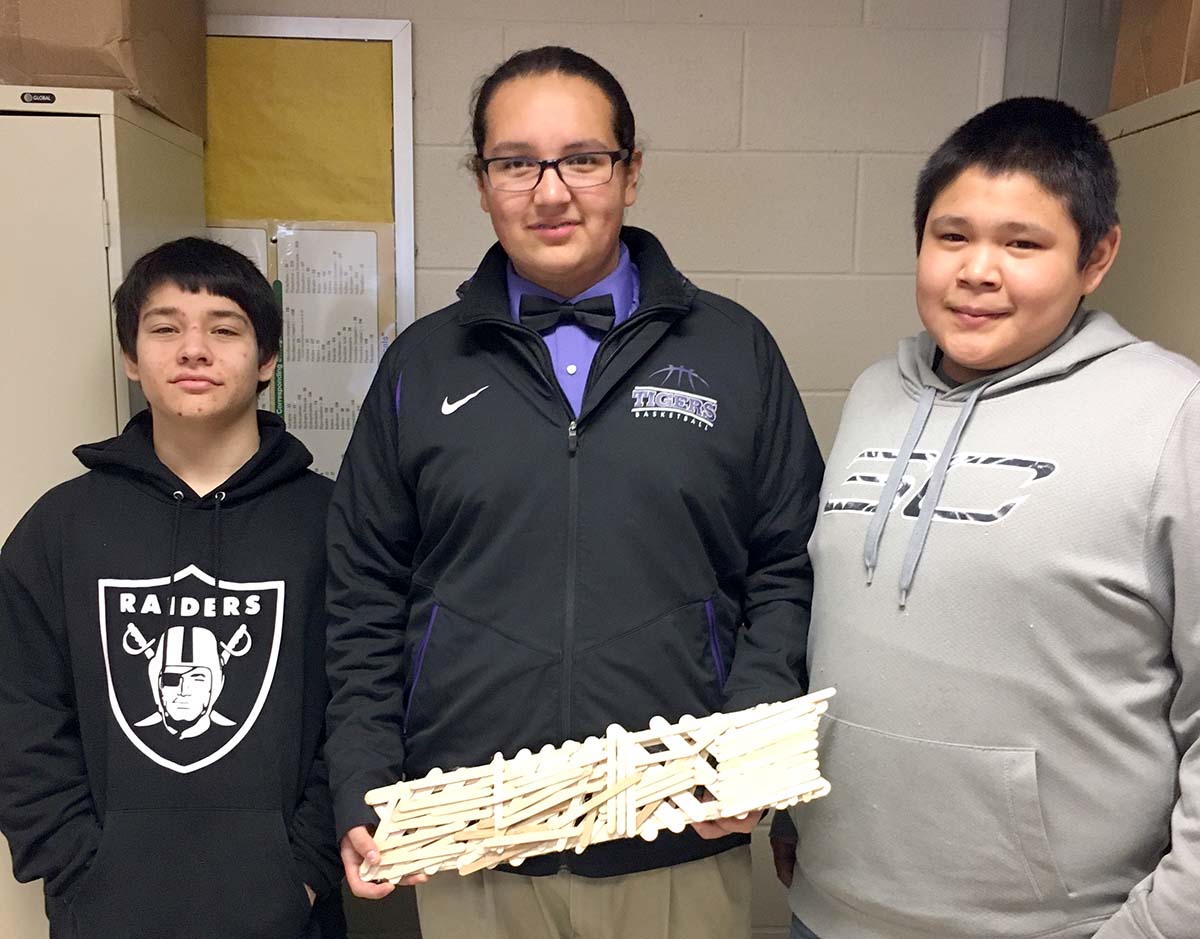 Freshman Physical Science students created popsicle bridges as a challenge presented by teacher, Leigh Krogman, and 4-H advisor, Kaycee Jones. Kaycee challenged the teams of students to design a bridge using less than 200 popsicle sticks and held together with hot glue that would span a minimum of 14 inches and hold at least 20 pounds. After watching a video detailing strong shapes and ideas for building popsicle bridges, students worked with their teams to create a design sketch. After their sketches were complete teams set to work building their bridges.

Students worked on their bridges for the majority of two class period. Kaycee, Mrs.

Krogman and the students then tested their bridges.

The bridges were tested by spanning the bridge between two stools, adding 5 pounds, and then an additional 5 before jumping up to the 20 pound requirement. Every team was successful in spanning the distance and two-thirds of the teams build bridges that held the weigh. The winning bridge held 55 pounds and was designed by the team of Bobbie Watson, Tylan Bear, and Tyson Medicine Bear.

Through the lesson students gained critical thinking, team working skills while being able to gain insight into the engineering process.

Kaycee says “I was extremely impressed by designs of each team and how every student contributed to improving the design of the team’s bridge.”